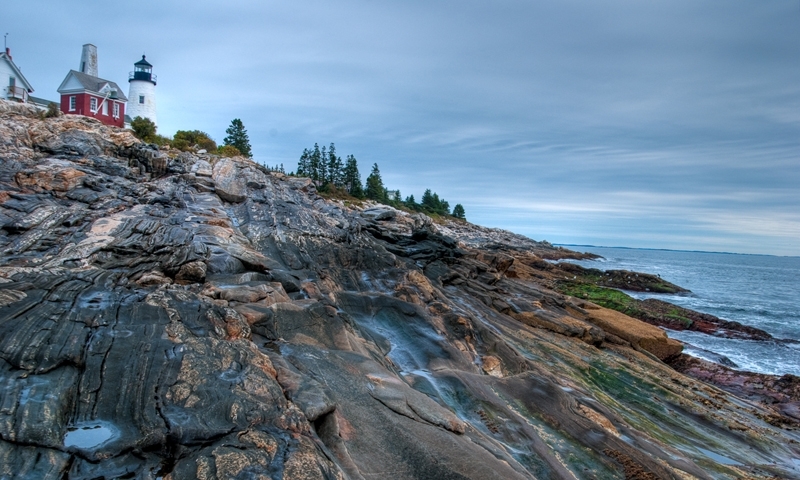 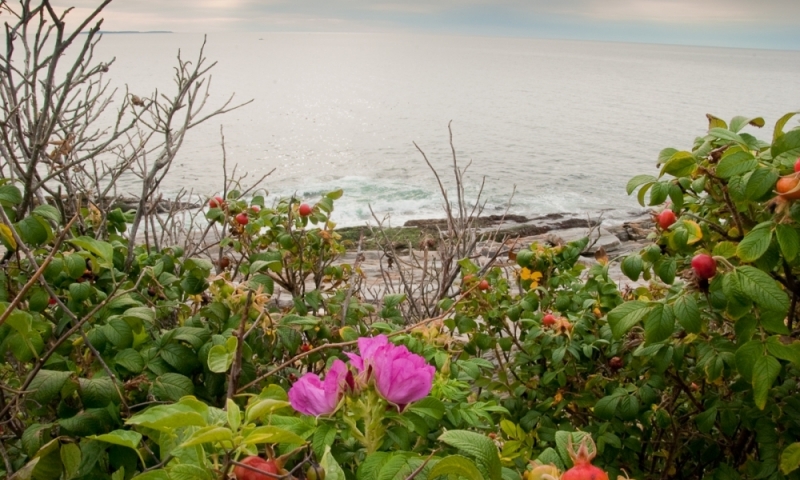 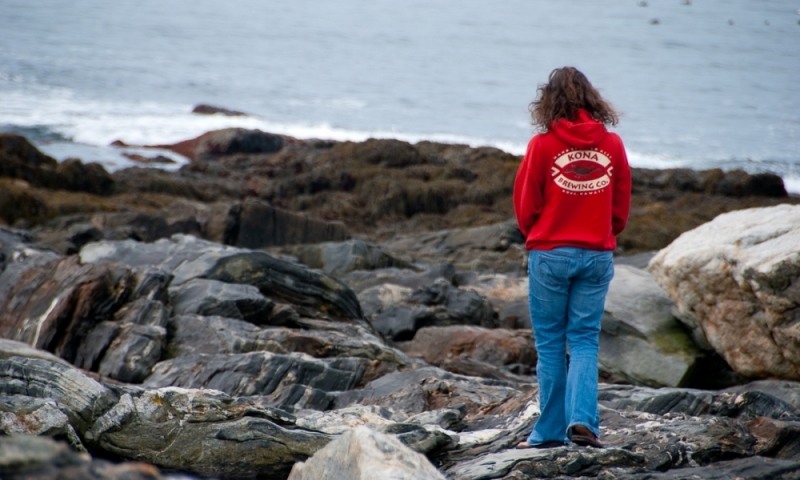 Along the Mid Coast of Maine is a section of rough, rocky outcroppings just waiting for the waves to bring a vessel smashing into them. Many lighthouses are scattered all along the coast of Maine, but perhaps one with the most scenic surroundings is the Pemaquid Point Lighthouse. The dramatic outcroppings of granite that extend out to the sea, makes this an extraordinary place to visit.

After a multitude of shipwrecks occurred off Pemaquid Point in Maine where individuals lost their lives and others who survived lost all their belongings, the United States Congress appropriated funds in 1826 to build a lighthouse. The purpose of the Pemaquid Lighthouse was to mark the entrances to John Bay and Muscongus Bay.

The first light tower to be built did not last in the rough environment. In 1835, a new 38-foot stone tower was built. Originally equipped with 10 lamps and reflectors, the tower was updated with a Fresnel lens in 1856. The original stone keeper's house was replaced by a wooden dwelling in 1857 and in 1897, a bell tower and fog bell were added.

The light tower and its care came under the United States Coast Guard with maintenance being done periodically by a visiting light keeper. The keeper's house was converted into the Fisherman's Museum.

Opening in 1972, the Fisherman's Museum is operated by volunteers from the surrounding area. The museum is open daily, but the light tower is only open from Memorial Day to Columbus Day from 1 pm to 5 pm.

Homes & Cottages for Rent in the MidCoast Area