The Barrack's Museum in Eastport is a true testament of Maine's war history as well as the architecture, genealogy and construction of the area in the early 1800's. The museum is located on 74 Washington Street, in downtown Eastport. Admission is free, but donations are happily accepted. Read More

The Border Historical Society is a group of local Eastport residents who maintain the Barracks Museum.

The Barrack's Museum was formerly a barracks that was used at Eastport's Fort Sullivan. The barracks was first a soldier store and later became a station for US Officers. The British occupied Eastport and Fort Sullivan from 1814-1818 and all military use was ended in 1873. Shortly there after, the barracks was sold by the government in a deal involving Fort Sullivan. It was at this time the barracks was sectioned and moved to its current location on Washington Street. The museum provides a great deal of history about Eastport as each room has old photographs and items. The history of the area includes the military involvement but also civilian life and the sardine and ground fishing industries. One room in the museum is solely dedicated to the genealogy of Eastport. Other features include history of the local architecture methods and styles as well as the construction. The Barrack's Museum is open from Memorial Day to Labor Day, Wednesday to Saturday afternoons. 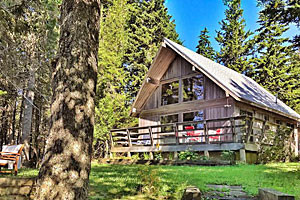